When I saw the articles headlined with the name Rabbi Shlomo Lorincz, announcing his passing, I knew that the name was familiar to me from somewhere. Then I remembered that he is the author of an incredible biography, "In Their Shadow," which details the lives of the Chazon Ish, Rav Shach and the Brisker Rav. The book is actually a translation of it's Hebrew equivalent, B'Mechitazasam, which received tremendous haskamos from a large number of Gedolei HaDor. The Hebrew version has two volumes, the first being what was translated into English and the second being the biographies of a large number of additional Rabbonim, which I hope will eventually be made available to the English reading public. If anybody has the opportunity to get a hold of a copy of these books take a moment to read through them. Rabbi Lorincz was a contemporary of some of these Torah giants and his writing is filled with powerful stories and lessons that are meant to inspire and improve us.

After reading some of the obituaries for Rabbi Lorincz I learned about some of his other incredible accomplishments, which I had been ignorant to before his passing. He was a political activist, achieving the status of MK in the Knesset, and he was a great Talmid Chochom. Yonason Rosenblum from Cross Currents has an insightful piece that gives the reader an outlook into the life of this special human being. One of the passages that caught my eye was the following:

"In his preface to the first volume of B’Mechitzasam (the translation of which into English I had the honor of supervising), Rabbi Lorincz describes how he recorded only those stories of the Chazon Ish, the Brisker Rav, and Rav Shach that can inspire others to increased Torah learning, fear of Heaven and good deeds. He entreats the reader not to read the book as a storybook, but to contemplate each story, analyze what it teaches us, and think about how that lesson can be applied in practice."

This to me is the essence of what Gedolim biographies are all about, and that is why I particularly gravitate to books of that genre. If we could learn from the examples of the great giants of generations, current and past, and see what heights man is capable of achieving then we would all grow in positive ways. Don't be intimidated by their achievements. As the saying goes, "shoot for the moon. Even if you miss you'll land among the stars."

The Week in Books

-Mother's to Mother's: Women Across the Globe Share the Joys and Challenges of Jewish Motherhood, by Julie Hauser
-Torah Classics Library: Tehillim with Rashi's Commentary - 2 Vol. Set
-Diamond in the Rough, by Esther Rapaport
-Dare to Dream: An Abram's Family Legacy, by Leah Gebber
-Step up to the Plate, by Rabbi Yisroel Roll
-The Brisker Rav, Vol. 2, by Rabbi Shimon Yosef Meller
-Reflections on The Parshah: Bereishis, by Rabbi Zechariah Fendel

Nachman Seltzer on the CoolJew Show

The CoolJew has continued to spread their influence in the Jewish entertainment industry with a first of hopefully many interviews with Jewish authors. This first issue is with the very talented Nachman Seltzer, the author of an array of books including novels, biographies and short stories. Check out the interview by clicking here.
at 9:38 PM No comments:

Last weeks issue of Hamodia (10/14) has an interesting interview by Shloimy Blau with best selling author Rabbi Yaakov Yosef Reinman, also known by his pen name, Avner Gold. I must admit that I've never read any of his books but their popularity has not gone unnoticed. His most recent books, part of the Strasbourg Saga, are available from Artscroll. Here is a short excerpt from the article:

How would you recap the accomplishments of your writing career?

First and foremost, I value immensely the sefarim I have been fortunate to write, both those already published and those as yet unpublished. They are my main legacy for the future.
As far as my novels are concerned, it has been said that there is more truth in fiction than in non-fiction. My fictional material can portray characters in a manner that ordinary people can fully appreciate, showing both their virtues and their flaws. This allows people to derive great practical inspiration from their challenges, struggles and triumphs.
I am continually humbled by the outpouring of positive feedback that comes my way. I include my e-mail address in my books, and I respond, often at length, to all correspondence. I write with my readers in mind, and my relationship with them is important to me. Hearing how some of my books have inspired people- and even returned some secular Yidden to the path of authentic Yiddishkeit- has made my seemingly endless hours of exhausting labor all the more worthwhile and enjoyable. 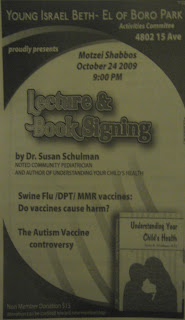 For those of you who are not familiar with Meoros HaShabbos, it is a great series that goes through Hilchos Shabbos and is available in Hebrew, English and Yiddish. To make it family and user friendly the halachos are divided up by Parsha, and then further divided up for Shabbos dinner and then Shabbos lunch. This encourages famalies to use part of the time at those two Shabbos meals to become more familiar with the laws of Shabbos. Each day also includes a story about Gedolim and how they related to Shabbos. So far four volumes have been published (two volumes per year) and the fourth volume concluded with the first day of Sukkos, which was a Shabbos this year. The fifth volume supposedly begins this Shabbos but Feldheim has informed me that there have been some delays. It has been printed and should be available in approximately three weeks. Keep your eyes out for it and if you haven't started the series yet take a look at it next time you're in the seforim store. Maybe you'll find something new L'Kovod Shabbos Kodesh.
at 7:34 PM No comments:

The Week in Books

-Aleinu L'Shabeiach: Breishis, by Rabbi Yitzchok Zilberstein
-Chizuk: A Premier on Bitachon, Coping, and Hope, by Rabbi Eliezer Parkoff
-Moonlight: Stories that Illuminate the Spirit of Our Lives, by Yael Mermelstein
-The Rambam’s 13 Principles of Faith VI & VII, from Kol Menachem

-Mother's to Mother's: Women Across the Globe Share the Joys and Challenges of Jewish Motherhood, by Julie Hauser
at 10:36 PM No comments:

This video may already be old (if a month can be called that) but the Collive concert overall looked like it was awesome based on the videos and this clip in particular is my new favorite. Benny and Dovid do a great job with MBD's new song Kulam Ahuvim and I keep watching it over and over! You can even just put it on in the background, it's so leibedike. I wish I could have been there!

Do you have a book review or recommendation? Want to share your ideas on The Jewish Book World? Got comments or questions? E-mail us at Jewishbookworld@gmail.com!