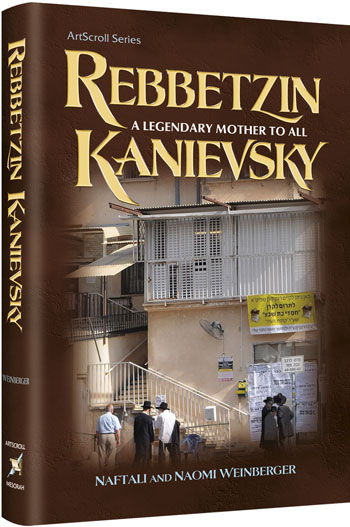 A new English biography of Rebbetzin Kanievsky, titled "Rebbetzin Kanievsky: A Legendary Mother to All" is set to be released a few days before Shavuos. Artscroll has posted the release date as May 21st. I have heard (and seen) that quite a few books have been published already in Hebrew about the great Rebbetzin but I think that this is the first full length book to be published in English. It's really incredible how fast publishers are able to put out biographies nowadays. Two have already been released about the Rosh Yeshiva HaRav Nosson Tzvi Finkel and I'm sure there will be more as time goes on. There really has not been a woman who has had as much of a following and impact as Rebbetzin Kanievsky for most of our history and I am eagerly anticipating reading this new book.
at 11:23 PM

Do you have a book review or recommendation? Want to share your ideas on The Jewish Book World? Got comments or questions? E-mail us at Jewishbookworld@gmail.com!